The aftermath of the 2016 presidential election where there was an alleged Russian interference has seen many states and counties take drastic measures about their electioneering process. To combat the issue of cybersecurity (which was the main issue with the electronic voting of 2016), many states and counties have started going back to the use of paper ballots. This arrangement will pose a challenge to those with disabilities and make it harder for them to cast their votes.

As a voter with a disability, you have every right to vote. Here is some list of useful resources to aid your voting process on Election Day. They are tools and services that are run by technology to make it easier for voters with disabilities exercise their constitutional rights.

Democracy works, a non-profit organization, and advocate for people with disabilities partnered with a group of software develops to come up with a tool to improve the voting process. The name of the device is voting information project SMS tool, a platform set up to enable voters to get multilingual information about places where they can register as well as cast their votes. It works just by texting VOTE or VOTO to GOVOTE (468-683).

Another tool is the Carpool vote that works by directly connecting voters that needs a ride with volunteer drivers. This is done by either going to the Carpool website or placing a call to their interactive voice response service on (804) 424-5335.

Lastly, Lyft and Uber have collaboration in place with non-profit organizations to provide a discount or free rides to polling units on election days. A key stakeholder in this partnership is the National Federation of the Blind (NFB); they have an arrangement with Lyft to provide rides to their affiliates leaving in states like Washington, Texas, Virginia, Maryland, Colorado, Nevada, Ohio, Tennessee, Utah, Massachusetts, and Wisconsin.

Statistics (by Pew Research Center) has shown that more than 35 million eligible American voters have one or more disabilities. While the law clearly states that polling places must be accessible to people with disabilities, research carried out by the Government Accessibility Office has shown a contrary claim. Their report shows that impediments, as well as difficult entrance to polling places, have increased significantly between 2008 and 2018. Making it difficult for the polling places to accommodate wheelchairs and other hindrances to disable people.

With the use of ballot papers, Pew Research Center envisages that there might be increased pressures on poll workers with little training. The resultant effect of this is that some of them will discourage the use of accessible voting machines, hence, reducing the possibility of better resources for people with disabilities. 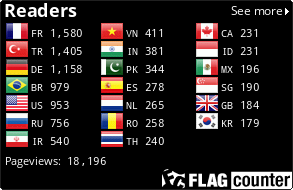 6 Most Popular Songs of Aretha Franklin